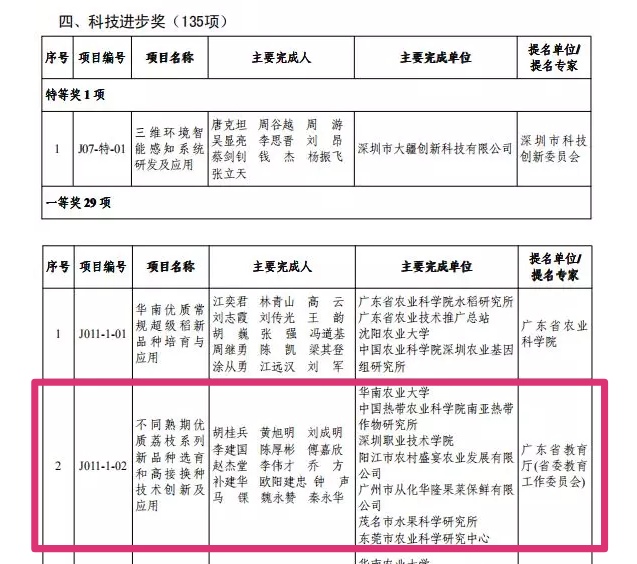 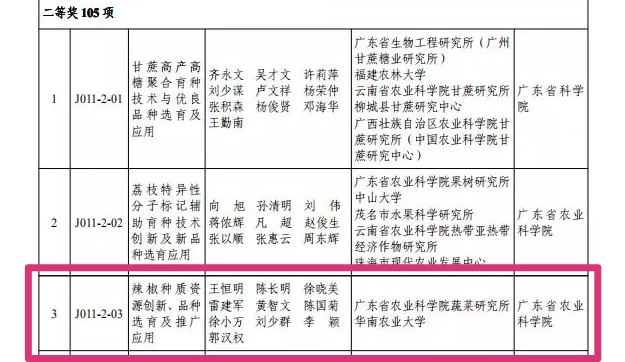 According to the spirit and requirements of the Notice of the Guangdong Provincial Science and Technology Department on the 2019 Guangdong Science and Technology Award Nomination Work and the “Notice on the 2019 Guangdong Science and Technology Award Pre-declaration Work”,our colleage actively declared and won the prize. The project name of the team of Dean Hu Guibing is Selection and breeding of high-quality litchi series at different maturities and high-replacement technology innovation and application.The name of the project declared by Professor Lei Jianjun's team is “Chili Germplasm Resources Innovation, Variety Breeding and Popularization and Application”. 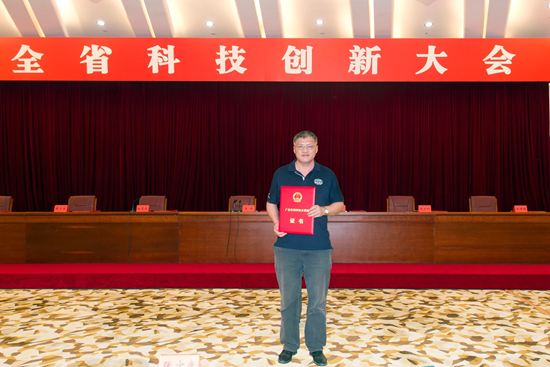